Menu
Log in
Register
You are using an out of date browser. It may not display this or other websites correctly.
You should upgrade or use an alternative browser.

I am a researcher assisting Dr David Clarke of Sheffield Hallam University, and we are seeking to make contact with anyone who has information related to the so-called "1990 Calvine UFO incident".

The sequence of events is said to be that around 9pm on 4th August 1990, an unidentified, "diamond-shaped" aircraft was photographed flying beside a Harrier jump jet (or possibly a Hawk from Lossiemouth) near Calvine, Scotland.

The photographer was allegedly a member of the public (walker or poacher, depending on who you talk to), and he sent all 6 negatives to the Daily Record newspaper (Scotland’s biggest tabloid at the time). The Record quickly handed the prints it made and the negatives to the press/comms team at RAF Pitreavie Castle, and from there they made their way to the MOD in London, never to be publicly seen again.

After being interviewed at least twice (by the RAF and Defence Intel), the photographer has never again come forward and his identity is publicly unknown, the negatives have never been located (the MoD said it sent them back to the Record, but the paper claimed not to have got them back from the MoD), and the newspaper itself never ran the story (possibly because the Record's editor in 1990 was himself a member of what today is known as the Defence and Security Media Advisory Committee).

The MoD, possibly via JARIC and/or DFCIT, conducted at least 2 investigations into the photos in both 1990 and 1992. Declassified letters written on 18th and 22nd December 1992 by the British Air Attaché in Washington D.C. also state that Defence Intelligence contacted the DIA & CIA, ‘to ask if the United States had anything flying off Machrihanish,’ and that the best of the 6 photos was to be taken to the USA in January 1993, ‘so that both intelligence communities can look at it together.' When it was, we have been told that the Americans were livid, some because they thought the UK had abused secret stealth-related knowledge that had been shared by the US, but others because a craft they had kept extremely secret (allegedly Astra/Aurora) had been spotted out in the open.

Two witnesses have independently confirmed that a copy of the best of the 6 photos was blown-up to poster size and pinned to the wall in the Secretariat Air Staff office in London for several years in the early 1990s, but that it was eventually removed and destroyed by a senior officer. Some say a positive declaration of the craft’s identity was never made, but others have told us they were privately informed it had been an American vehicle.

Other witnesses, meanwhile, have told us that copies of the photos were privately circulated in Scotland by RAF personnel as late as 1998, in the manner of "What do you make of this photo?"

We also appreciate that the military generates lots of files, and that weeding is often quite destructive irrespective of the contents. Few people tasked with checking through files such as the Calvine one understandably put themselves in the shoes of future historians, thus much that would have been of great interest to us was no doubt simply destroyed because no one in 1995, 2000, or 2010 thought it worth preserving. The case files that the MoD hence preserved and released are very limited and highly disorganised. They contain none of the negatives, no photos/prints, no vu-foils (like OHP sheets, if people remember those), and no analysis reports related to this case, all of which at one time are known to have existed. What they do contain is a very low-resolution scan of a fax of a photocopy of part of just 1 of the 6 photos, plus a couple of pages of heavily redacted loose minutes. Moreover, in January 2020, the MoD successfully arranged for the redactions in the Calvine file in the National Archives to remain in place until 2076.

We are trying to be as open-minded as possible, we’re not accusing anyone of anything, we're not impugning anyone's honesty, we’re not alleging a conspiracy, we understand security is often essential in the military, we’re not saying it was aliens, and we have no fixed opinion of what the craft was, whether it was real, a hoax, etc. We are merely trying to solicit responses from anyone who genuinely knows something about this case and who feels able to share their knowledge with us, e.g.


From the perspective of a historian in 2022, this is just an intriguing case worthy of investigation. If anyone thus has any relevant information at all on this matter and feels that after 32 years they can help us understand the truth, Dr Clarke and I would be grateful to hear from you (totally off the record if needs be).

Well every day's a learning day. This is the first time I have ever heard of this "event".

Nobody going to volunteer themselves for our entertainment and wind the OP up with wild claims of being beam'ed up and fingered then?
4

I remember seeing some strange sights when I was at Leuchars..


...usually on a Saturday night when the aliens arrived from Dundee with their kerry-oots.
Last edited: Feb 21, 2022
R

Spearmint said:
Nobody going to volunteer themselves for our entertainment and wind the OP up with wild claims of being beam'ed up and fingered then?
Click to expand...

A bit long winded. This what he/she is on about.

Part 1: I want to believe? – Aurora and the poster on the wall The world first became aware of the Calvine incident in 1996 when Nick Pope mentioned the existence of the Scottish photographs …

Looking at how big those fingers are that ET rocks, I doubt many would be silent (when farting) ever again.........

Like a door opening on the Starship Enterprise......
R

Spearmint said:
Looking at how big those fingers are that ET rocks, I doubt many would be silent (when farting) ever again.........

The OP has posted over on Pprune, a You Tube video claiming it as definitive "proof" of this event. It has promptly been de-bunked by a poster who has done a remarkable job of geo-location and has identified that the "alien craft" is, in fact, the top of a local mountain.

I was visited by an alien curious of our anatomy in my youth...It choose a human for and always wore a mask and had only learned a few words of our language...simple words like 'now then now then' and 'how's about'....
W

4mastacker said:
The OP has posted over on Pprune, a You Tube video claiming it as definitive "proof" of this event. It has promptly been de-bunked by a poster who has done a remarkable job of geo-location and has identified that the "alien craft" is, in fact, the top of a local mountain.
Click to expand...

He can have a play with this then: 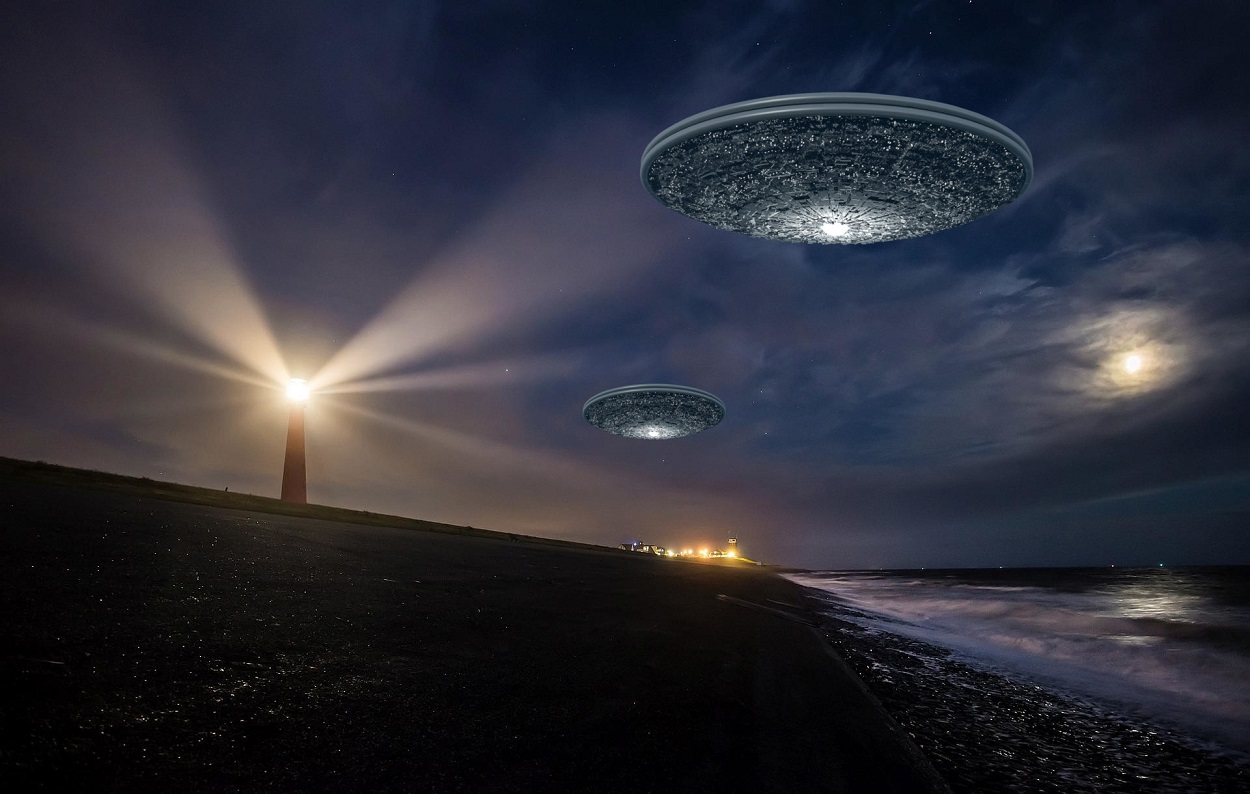 In October 1996 two strange lights were reported by several members of the public in the United Kingdom, including police officers, and was seemingly picked up on military radar. Despite, this the sighting was put down to a radar echo caused by a spire in the town of Boston. However, this...